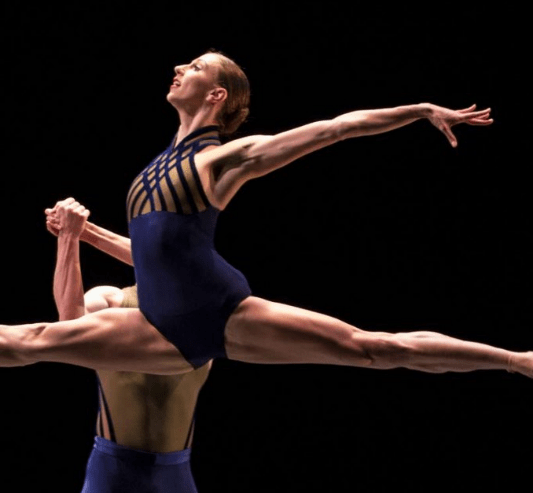 Who inspires you to dance?

My mom. She was my first dance teacher. She lived and breathed dance… And for the longest time I thought I loved to dance because she did. I’ve since realized that if my days were not consumed by this art form, I would be a very different person. Dance keeps her close to my heart.

What does a typical weekend look like for you?

I’ve been very into brunch lately. Every Sunday (or Monday off), Dylan and I try to find a new spot. Usually on the hunt for chicken and waffles… Often running into Leta Biasucci!
My top 3 favorites:

Who has been your most favorite stager/choreographer to come to PNB?

I started writing this answer and was overwhelmed by the number of amazing choreographers/stagers we have the privilege of working with here at PNB.

To name a few:
William Forsythe, Crystal Pite, Alejandro Cerrudo, Pablo Piantino, Judy Fugate, Bernice Coppetiers, Twyla Tharp… I could go on and on. Each choreographer/stager has their own philosophy and wisdom that they share with you. This stuff is gold. Each experience continues to shape me into the artist I aspire to become.

To name a few I’d love to work with:
Wayne McGregor, David Dawson, Alexander Eckman, Alexei Ratmansky… I could go on and on.

Do you have a performance ritual?

The biggest part of my performance ritual is the art of doing my makeup. I am not particularly great at it, but I love the act of putting it on. I try to completely zone out my surroundings. It helps me feel centered and calm.
Side note: I’ll probably will be listening to something ridiculous (i.e. Broadway show tunes), which probably counteracts any zen I’m trying to find.

Favorite snack to get you through a long rehearsal day?

Everyone in the company may say Flaming Hot Cheetos… And they are probably right.